It’s a rainy 4th of July here in northeastern Pennsylvania. I’m making a pasta salad to bring to our friends later; a combination of vegetables and seasonings. I’m listening to a panoply of patriotic music  aired by the local NPR station. And as I chop and listen, I’m thinking about the day’s significance and question where we go from here.

Last week’s Supreme Court  ruling that grants gay marriage nationwide, make this year’s 4th celebrations of independence and freedom historical. Facebook encouraged users to enhance their profile photos with a rainbow hue, to acknowledge the victory with the LGBT symbol.

This followed on the heels of the horrific church shooting in Charleston, South Carolina, where a 21-year-old white male gunned down nine innocent African Americans during worship.

This December will mark the three- year anniversary of the Sandy Hook, CT school shooting, where a 20-year-old white male opened fire, killing 26 people, 20 children among them. Since then a group of cyclists ride to Washington, DC, wearing green jerseys, to promote stricter gun control and background checks.

Will a color be adopted to represent the Charleston massacre? How long will it take before colors are more than symbols and become law?

I doubt the Founding Fathers thought much about LGBT rights back in the 18th century. In a society created by militant uprisings and where many differences were solved by duels and other violence, they enacted the Second Amendment, the right to bear arms. The amendment has been subject to debate.

They didn’t foresee how the nation would change its views of civil rights but they had hopes. If around today, I bet they’d be advocating that it’s time to amend the Second Amendment to protect innocent lives. 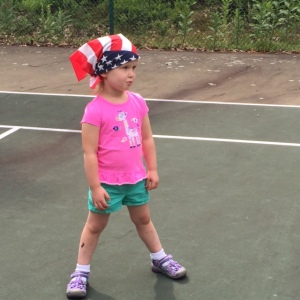